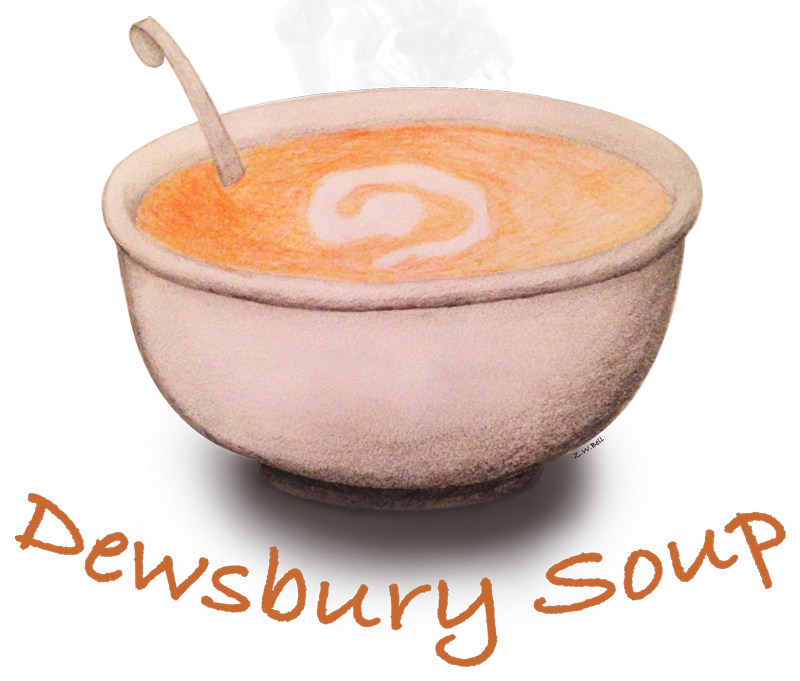 It’s simple, come along, make a small donation, we suggest a minimum of £5 which includes a bowl of soup, a vote and the opportunity to listen to four local people pitch their ideas.

Four pitches will be heard

Four questions from the audience

The winning pitch receives 100% of the donated door money, its then up to them to use their micro-grant to help make their idea a reality. The only stipulation is they live in North Kirklees or benefit North Kirklees with their idea, do not use technology during their pitch (props are allowed), and that they come back to a future Soup to let the audience know how they are getting on.

Hi,
We all had the privilege to be seconded to Business in the Community as Business Connectors in North Kirklees, in total our secondments totalled three years but stretched over a period of almost six years.

Huddersfield Soup already exists, so does Sheffield – we wanted to create one for North Kirklees. Doesn’t have quite the same ring to it – North Kirklees Soup, so for now it is Dewsbury Soup but open to anyone living in North Kirklees or who has an idea to benefit people in North Kirklees, it could move to other towns in the area in future.

The audience can live anywhere – they just sign up to say they are coming along, and pay a minimum of £5. The first Dewsbury Soup will be at Howlands on 16th May from 7pm.
But to need an audience, we need something for them to watch – the pitchers. Pitchers can be from a charity, a community group, a business, anywhere so long as they live in North Kirklees or have an idea/project which would benefit and be delivered in North Kirklees. They are asked to complete an application form, which is reviewed by a panel of judges, and on the night 4 ideas are pitched, for 4 minutes each, with 4 questions from the audience. The only criteria are that they need to be people who need our help to get an idea, project or business off the ground, or support an existing project or business to fund something they need.
The judges also need to live in North Kirklees, and can nominate themselves. They will be sent all the application forms and select the top 4 for them, based on their own criteria. The combined judges scores determine who gets to pitch on the night.

For the minimum £5 donation – some people do give more – the audience gets a chance to see all 4 pitches, a voting chip to decide who they want to win, a bowl of soup, and some entertainment plus time to chat with other like-minded people. The audience vote using their chips – and the winning idea takes the money. That’s the pot of donations – the entry fees – and a cut of the proceeds made from drinks provided for a donation (because obviously we wouldn’t be running a bar without a licence!). In Huddersfield they usually get around 70 attendees, and the winning pitcher walks away with £350 to £450. The other three pitchers got a chance to showcase their idea; and any other activities they may be involved in. The audience had a good evening and felt they were giving something back. Same for the judges – the organisers were probably in an exhausted heap in the corner…

So why are we doing this? We saw what they are doing in Huddersfield and thought we should bring it to Dewsbury, Batley & all the surrounding areas of North Kirklees. And as ex-Business Connectors we thought we would make a good team, could create a legacy for the area – and as you know very little gets in our way.

So what do we need from you? Lots of help – from donations of food, bread; loans of PA equipment or voting chips; entertainment – musical ideally; volunteers to be judges & to help out on the night; promotion of the event so people pitch and come along to watch; and plenty more we haven’t thought of yet. We really need to use your extensive networks – we know how well connected you are and want to make sure as many people as possible are aware, contribute and benefit from Dewsbury Soup.

Get in touch by email – dewsburysoup@outlook.com.

P.S Want to start your own Soup, have a look at this.

Apply for a chance to make your idea a reality

Your opportunity to promote something at Soup

Volunteer to decide who gets to pitch on the night 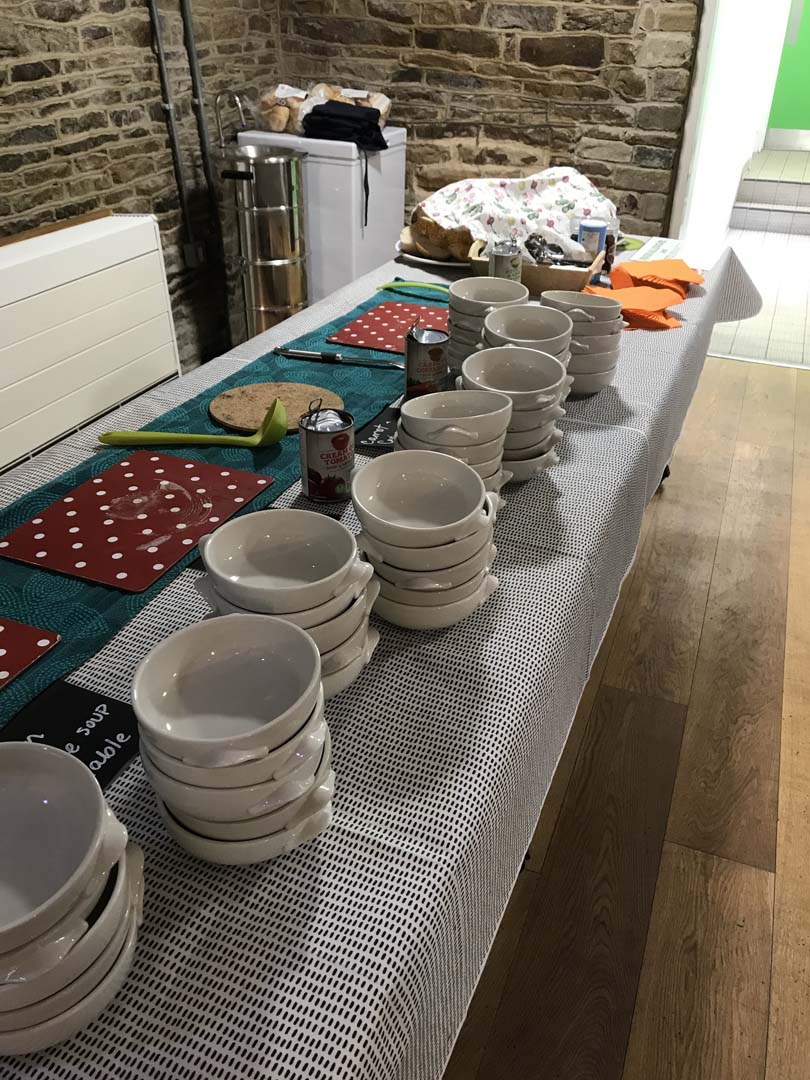 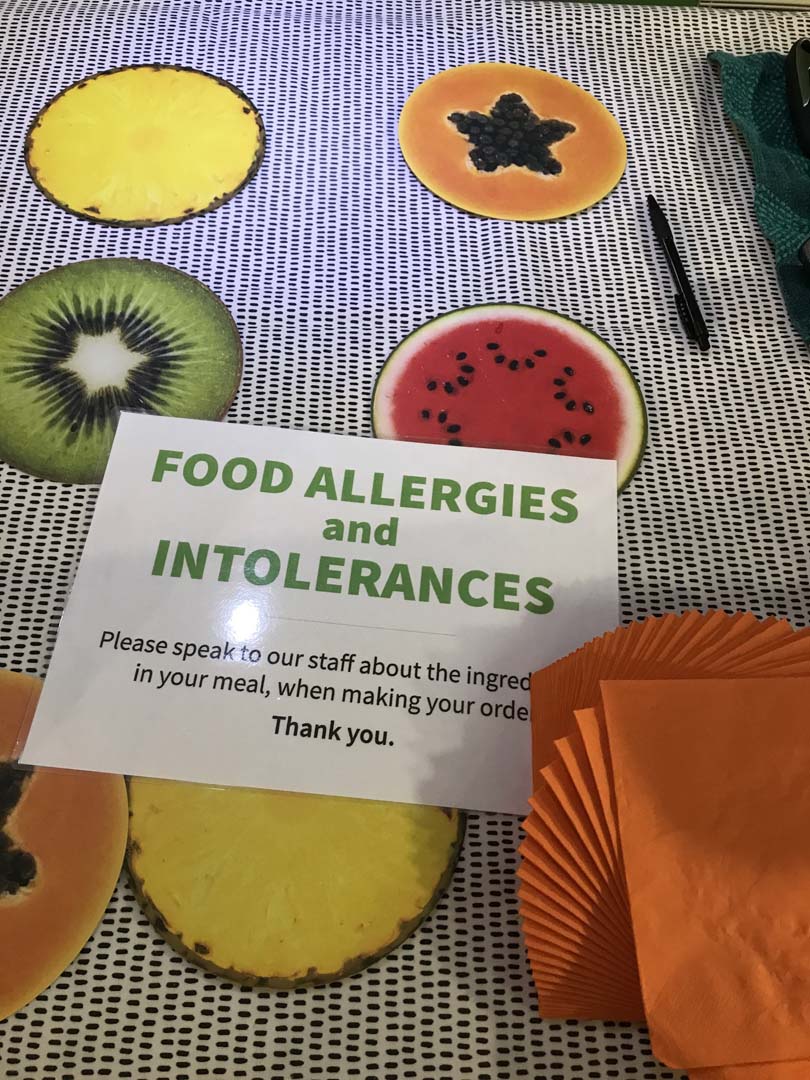 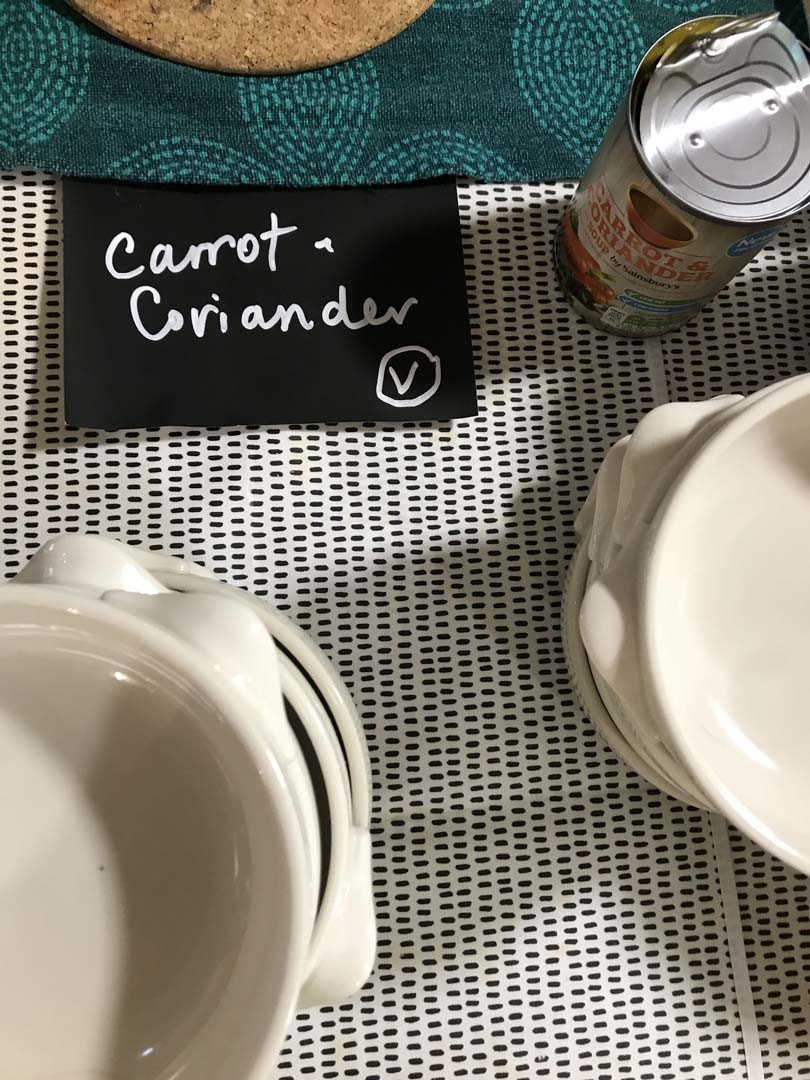 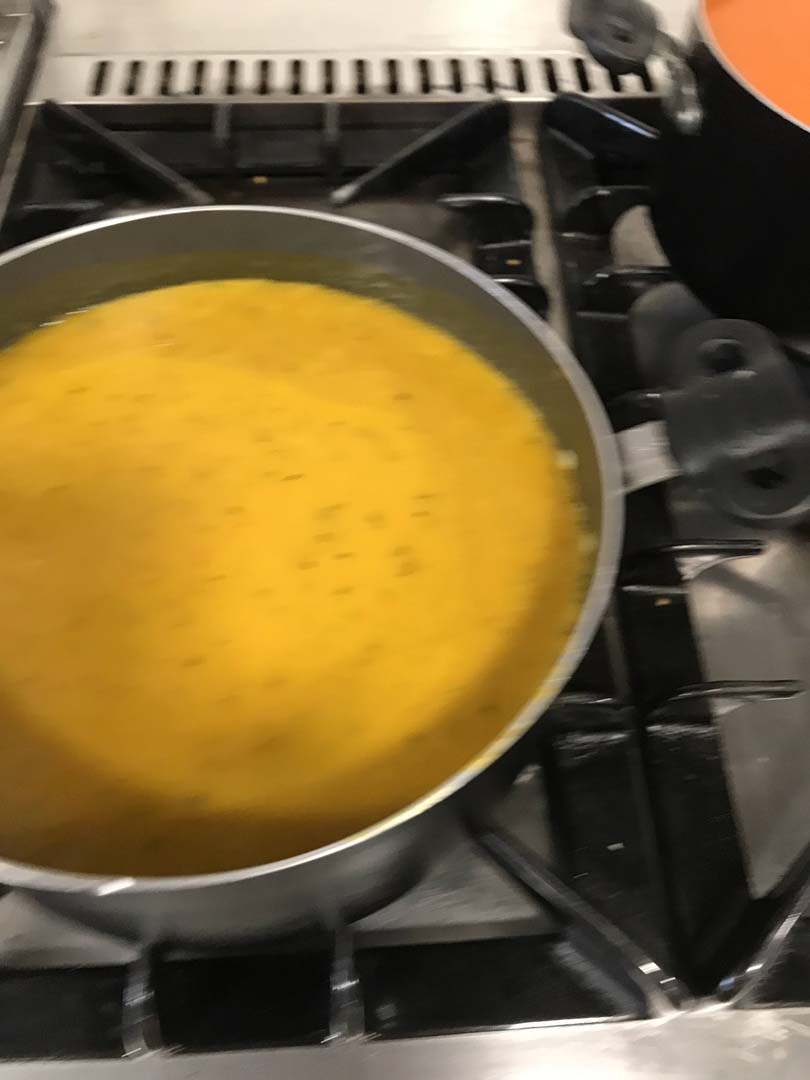 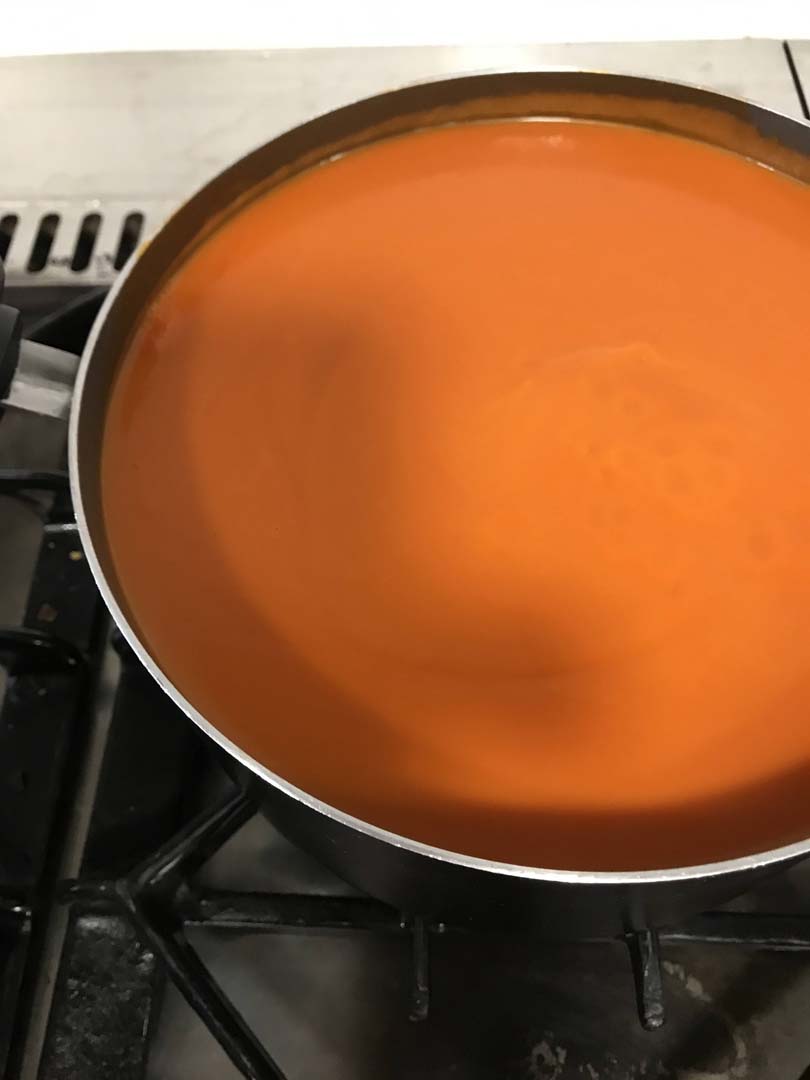 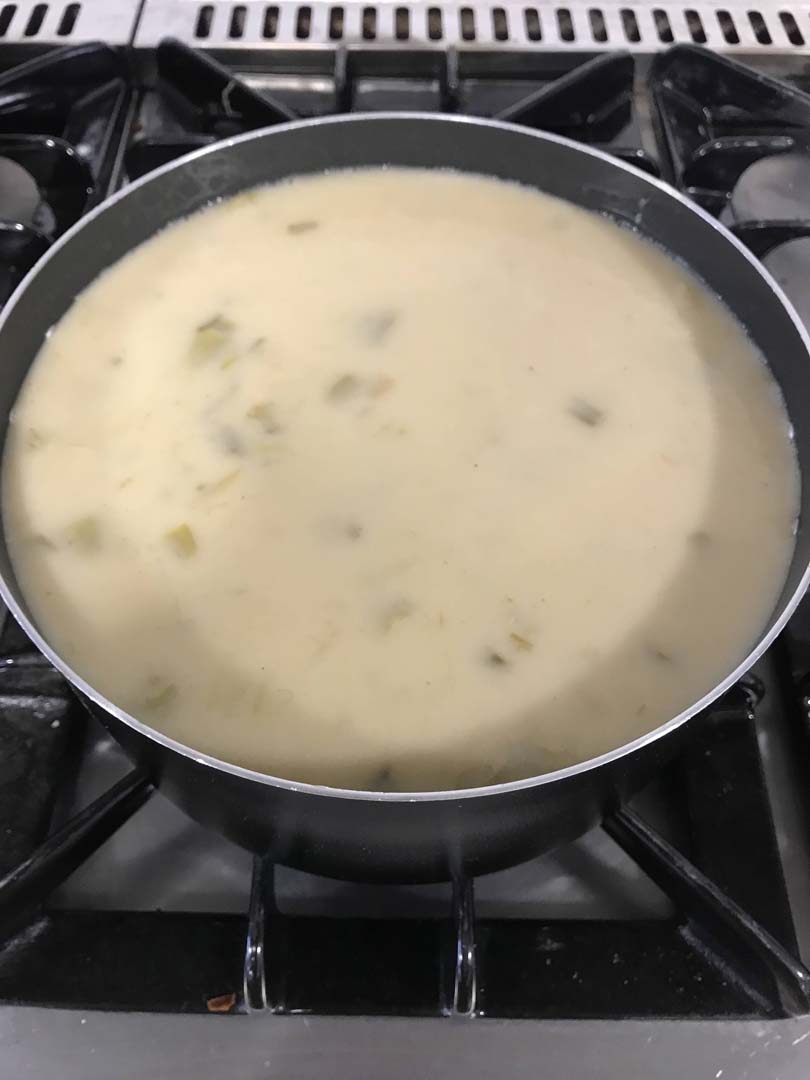 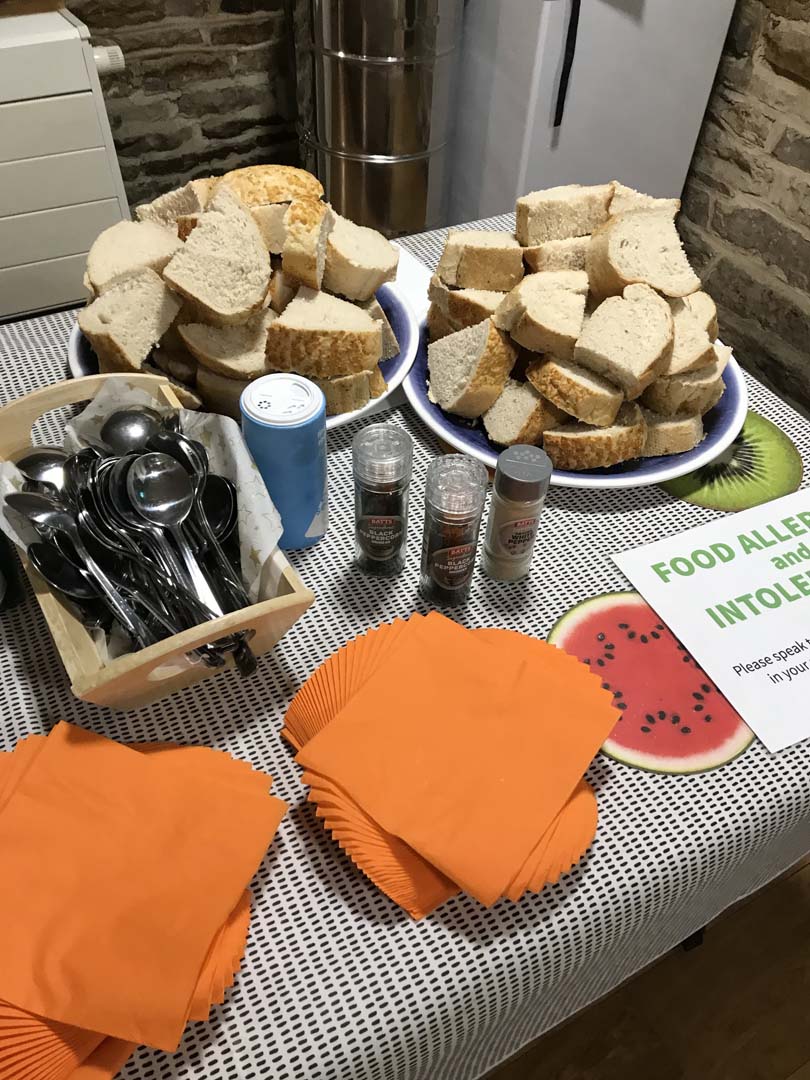 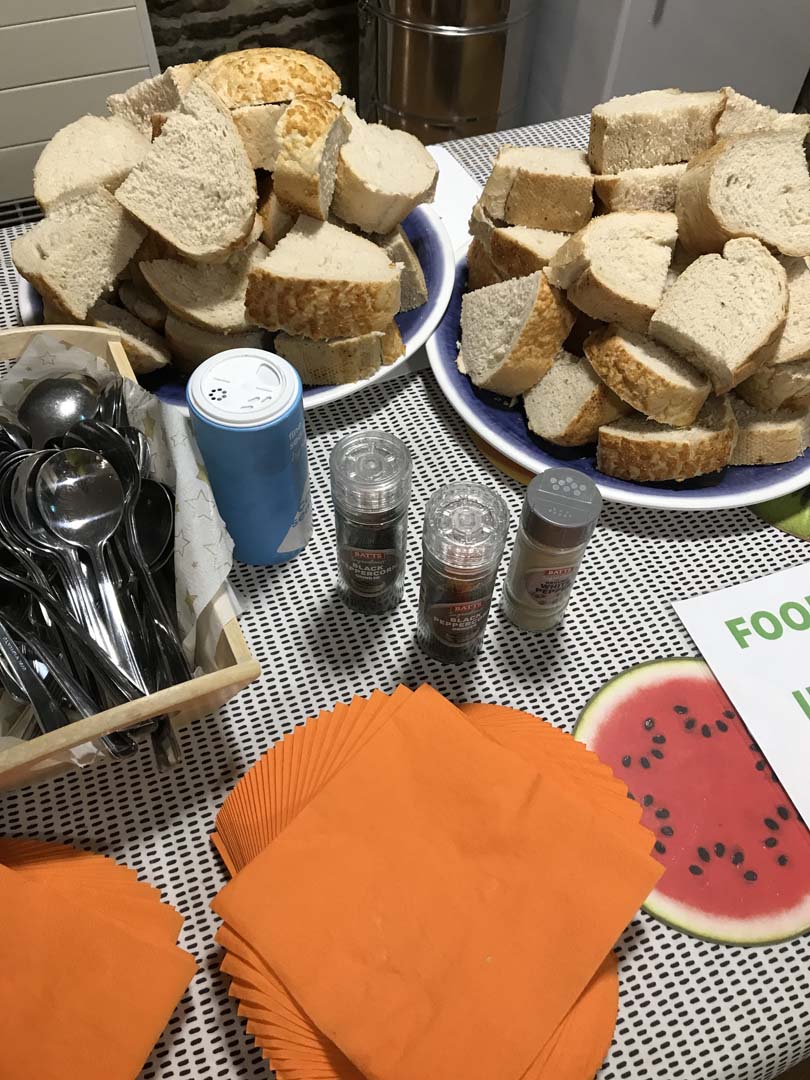 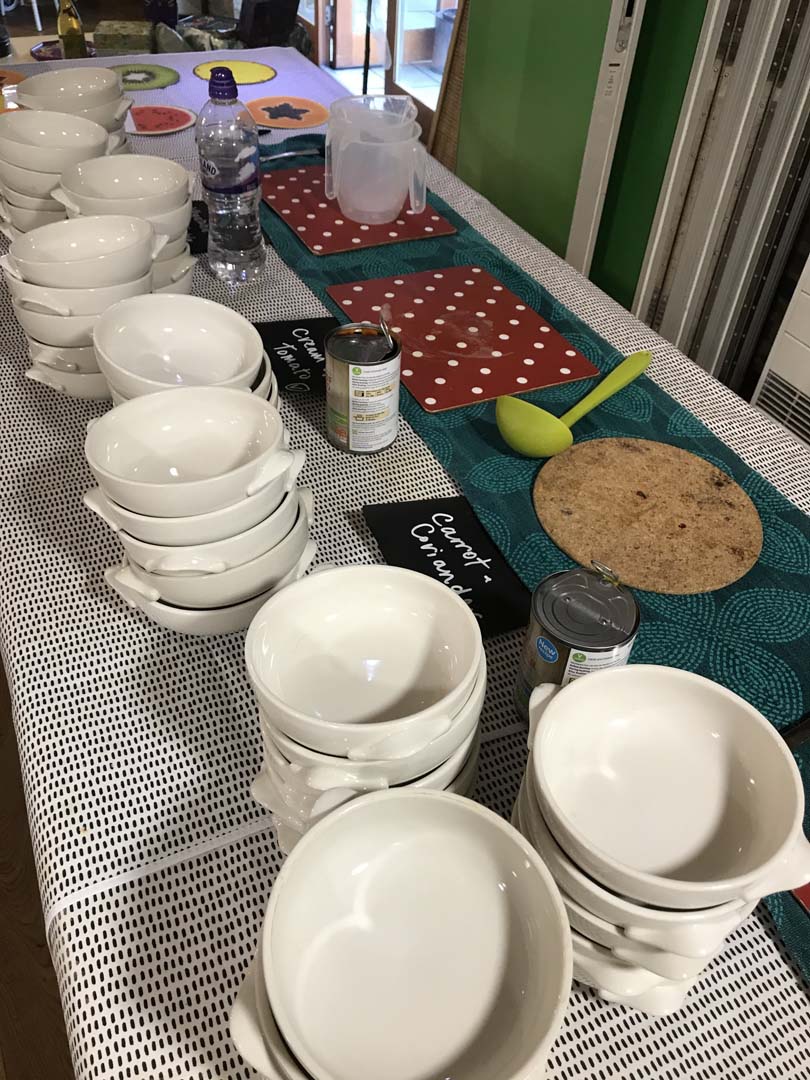 When we came to the Dewsbury Soup we were not sure what to expect. We had heard it was like 'Dragons Den' and that can be pretty brutal, especially since I had my young son with me as part of the pitch. It was very welcoming on the day, people seemed very interested in what we had to offer with our display materials. The pitch itself seemed to go very well and the 'Dragons' were more like 'Kittens' on the day as their questions were open and generous. We didn't feel overly grilled, but we did feel like they were genuinely welcoming of all applicants. We didn't win, but it did give us vital experience of how to do a pitch and it spurred us on to apply for other funding initiatives.

When we applied to pitch at Dewsbury soup we never in a million years thought we would win. We were only a few weeks into our journey and really had no idea what we were doing. We had not really done very much or at least we didn't think we had we had just set up a support group really, however we had not realised the massive impact having peer support was having on the community. We had already helped so many people and didn't have a clue. Anyway I received an email whilst on my holiday and was so excited but I wasn't due back till the day before...PANIC. All we could do was turn up with our board and booklets and speak from the heart, and that is what we did. Three of us all with Mental illness and overwhelmed with anxiety stood together in unity and delivered our pitch, we were terrified by this to people without mental illness was hard enough. Most of the room was in tears when I read a letter from the daughter of one of our members that touched the hearts of everyone. We needed the money to help start a teenage section to our group for those who care for or struggle with Mental health, the need was so big. As the winner was about to be announced we could hardly breath "the much deserved winners tonight are TakeTen"...tears flowed, we were ecstatic, finally we were removing stigma and others were listening! Since then TakeTen and TakeTen Youths have grown and grown. We used the money to buy equipment for TakeTen Youths like pool balls, cues, badminton sets, arts & crafts, we had a little party too! TakeTen Youths continue on a Friday 4-7pm (8pm in summer) at Crow Nest Park Adventure Playground. Our plans for the future are to work with schools and other community groups to encourage our youths to talk openly about Mental Health & Suicide and how they are feeling so they can receive the best support. We cannot thank Dewsbury Soup and all those who attended and voted for us enough for making this possible.

Dewsbury Soup gave Trillz Youth Group the opportunity to discuss their new ideas and plans for the future with local businesses and private service providers. We thoroughly enjoyed the evening as it was such a positive experience and more importantly we were benefitted from forging positive networks and accessed much needed additional funding.

We never would have thought that not being shortlisted for Dewsbury Soup would be one of the highlights of our year - just as a reserve, we were able to gain so much publicity and support from the community who were all incredibly welcoming and eager to listen to our pitch, despite knowing we hadn't made the final cut! The follow up after the event was incredibly unexpected in the best way possible, with locals pitching in ideas about how they could help us and how we could work together outside of the Soup event. Overall, a fantastic opportunity for anybody wishing to get themselves out there or just wanting to spend the evening with people of all ages, ethnicities and backgrounds, all wanting to come together to celebrate the upcoming and ongoing aspirations of their community

I have to say that I didn't know what to expect when we made our pitch for the butterfly house at the last Dewsbury Soup. I had never attended anything like this before but I have to say it was absolutely amazing! The atmosphere had a wonderful community feeling. We felt very welcome. The food and the entertainment was fantastic. Obviously we were very nervous doing our pitch but we need not have been as everyone was so supportive and we won! We certainly didn't expect to as the other pitches were extremely worthwhile too. I will certainly be going to the next Dewsbury Soup to show my support to a fantastic event.

Then email the form to dewsburysoup@outlook.com.

We thought “bribe” would get your attention.

Do you want the opportunity to promote something for 60 seconds at Soup? It could be your business, job opportunities, services provided by your community group or a local event etc. We have 4 places at each Soup event for the tiny price of a small item of finger food for the audience (up to 100). It doesn’t need to be elaborate. It could be as simple as crisps for the tables or biscuits or chocolates to go with coffee. In exchange you get a soap box to wax lyrical for 60 seconds, note though that this is strictly timed and we do have a shepherds crook for those who run over! Any surplus food will be donated to a local group and will not go to waste.

If you are interested please contact us on dewsburysoup@outlook.com stating briefly what you want to promote and what you will bring along. This opportunity is on a first come first served basis but we will keep a waiting list for future Soups.

If you live in North Kirklees and would like to help decide who gets to pitch on the night please contact us on dewsburysoup@outlook.com stating your name, postcode and email address. You will be emailed near the event with more details on voting for your top 4 choices. 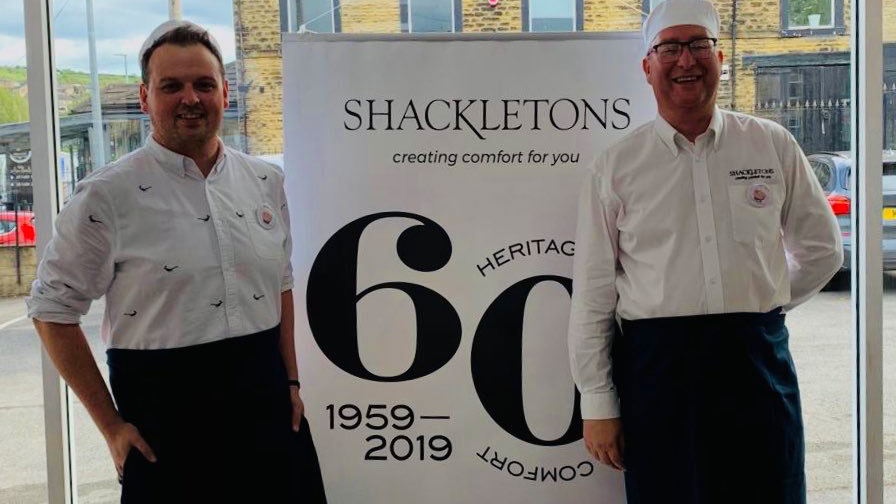 as usual organised by The Dewsbury Soup Team – with a lot of help from amazing supporters... Continue Reading 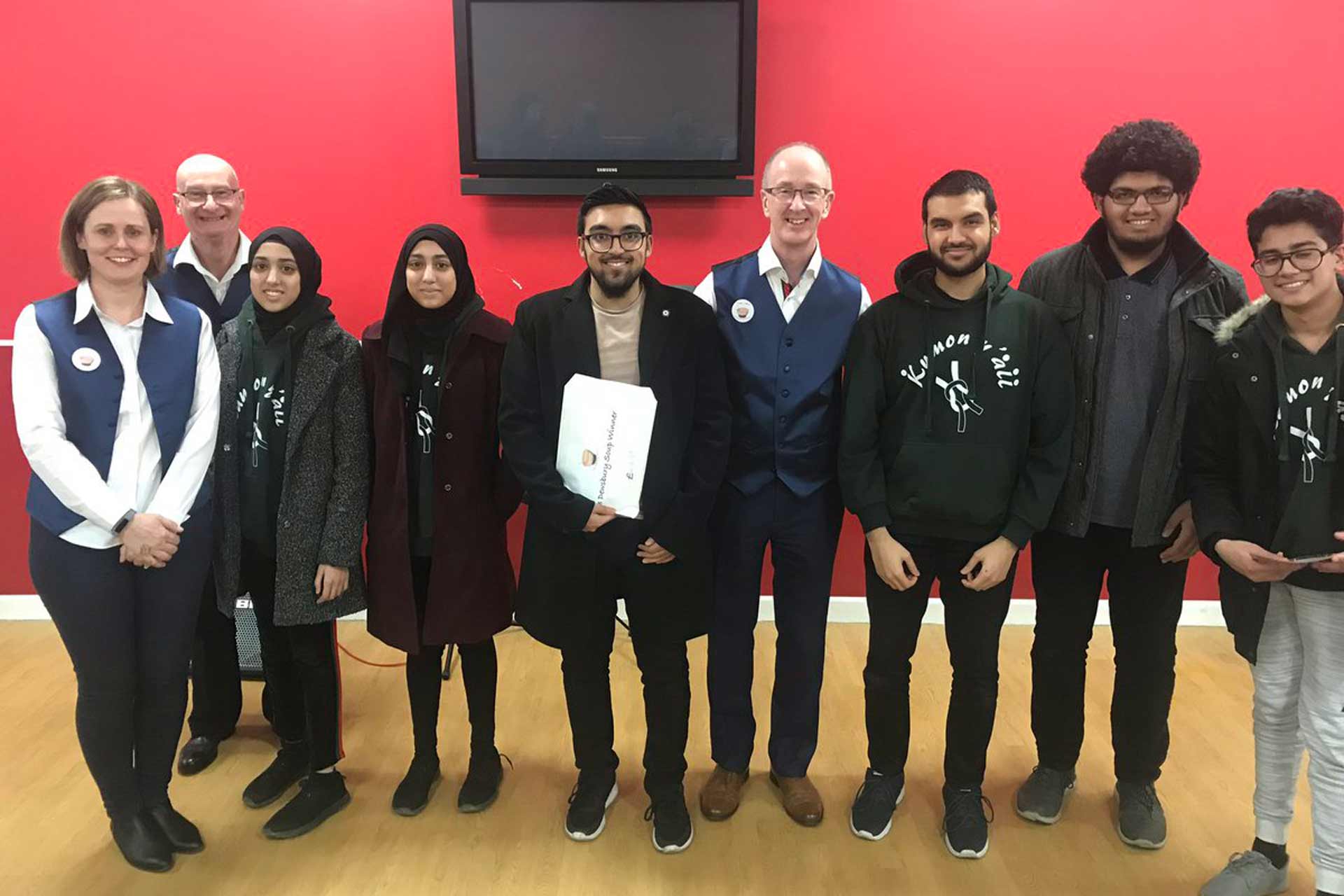 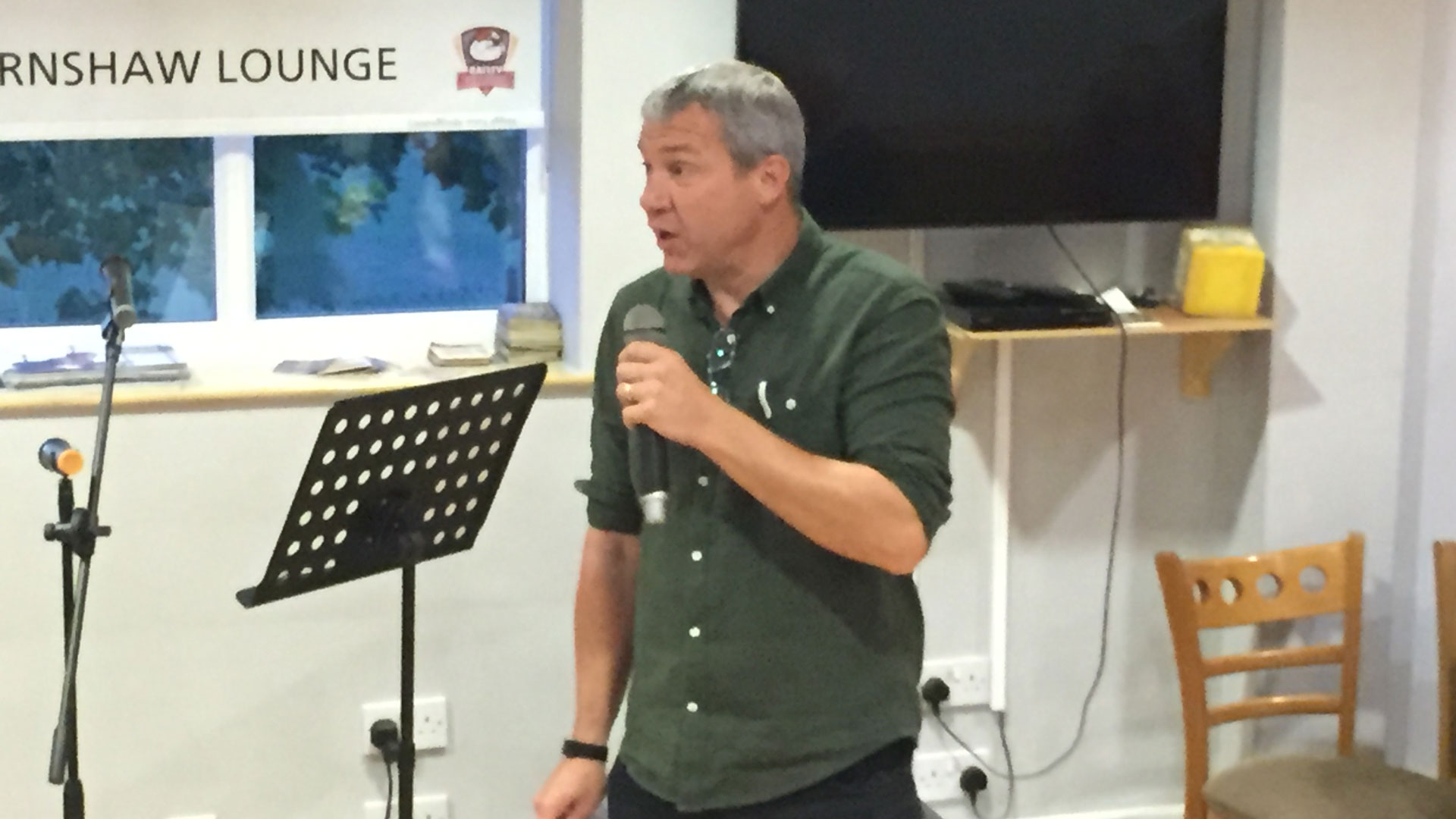 Dewsbury Soup #2 – the story after the event…

Given the success of Dewsbury Soup #1, we decided to do it again in September 2018 – but this time ‘on the road’ in Batley. At the Bulldogs ground to be precise... Continue Reading

A COMMUNITY project looking to launch a new group to help siblings of children with disabilities will benefit from over £500.... Continue Reading

A great idea involving a bowl of soup has raised thousands of pounds for good causes across North Kirklees... Continue Reading

Last night I helped out at Dewsbury Soup #8, having the very important job of ... Continue Reading 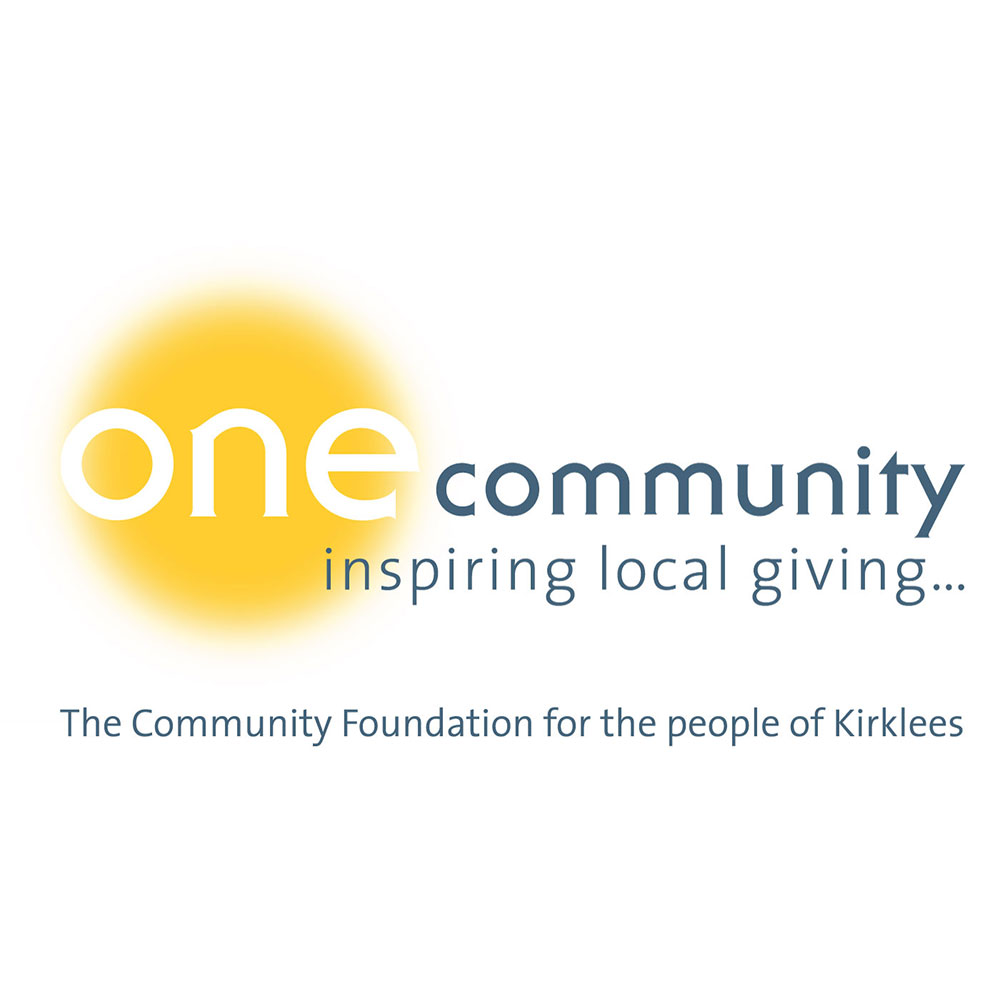 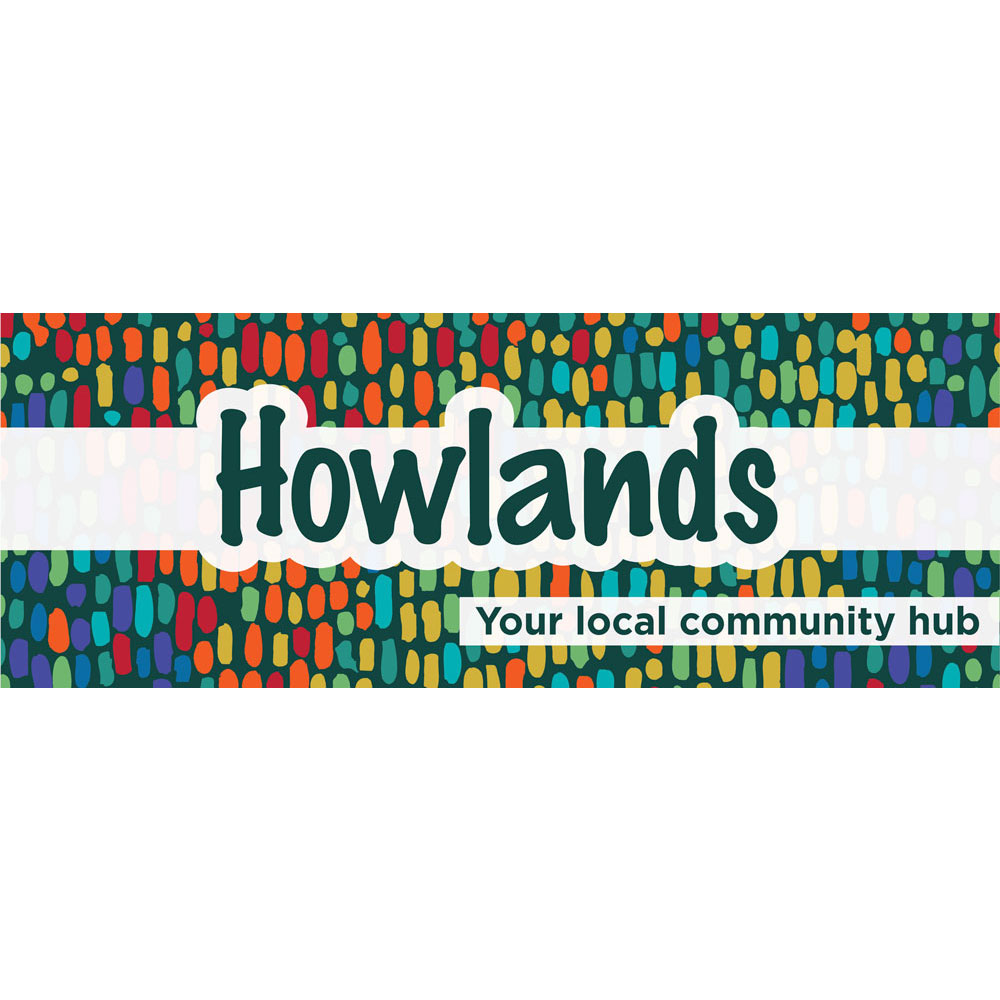 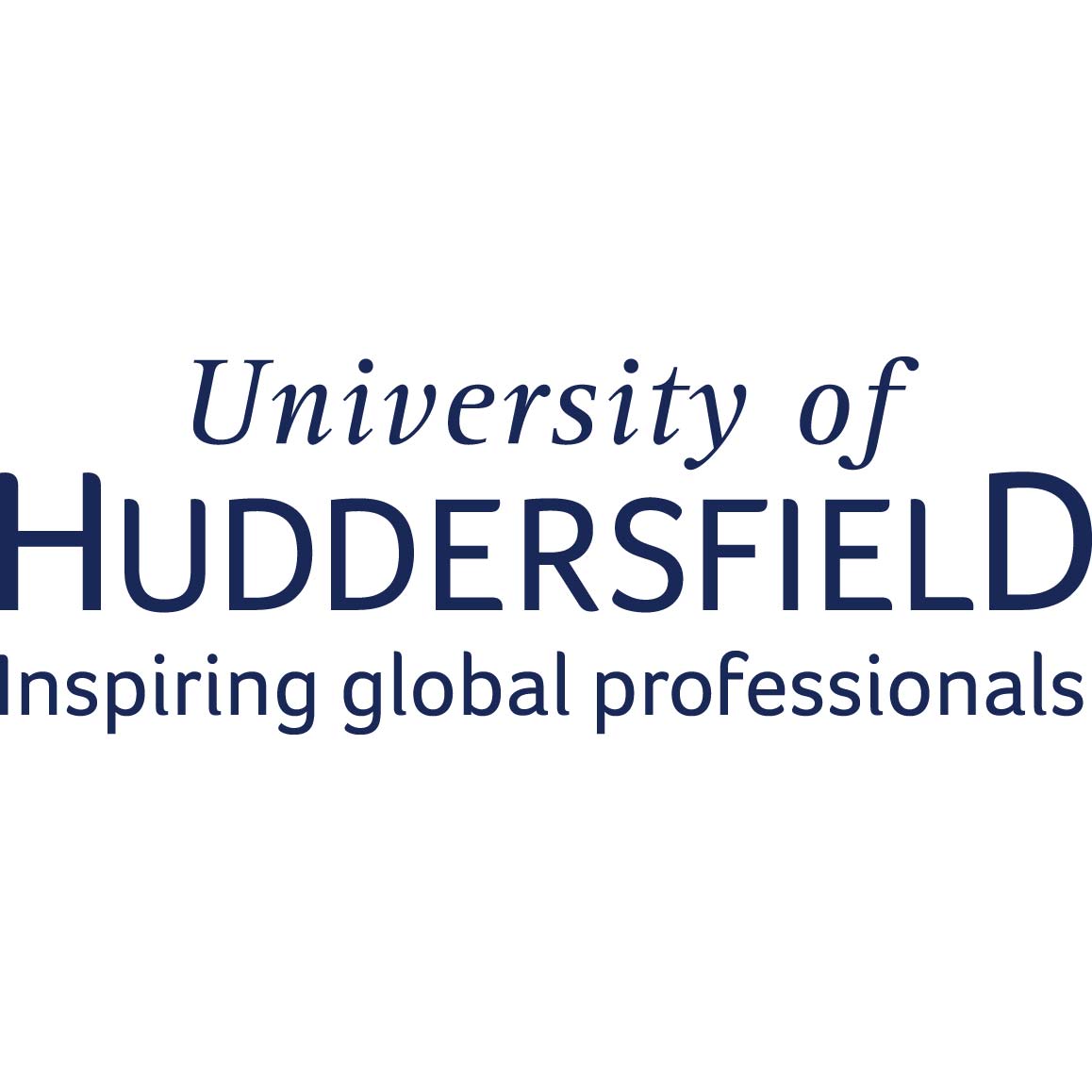 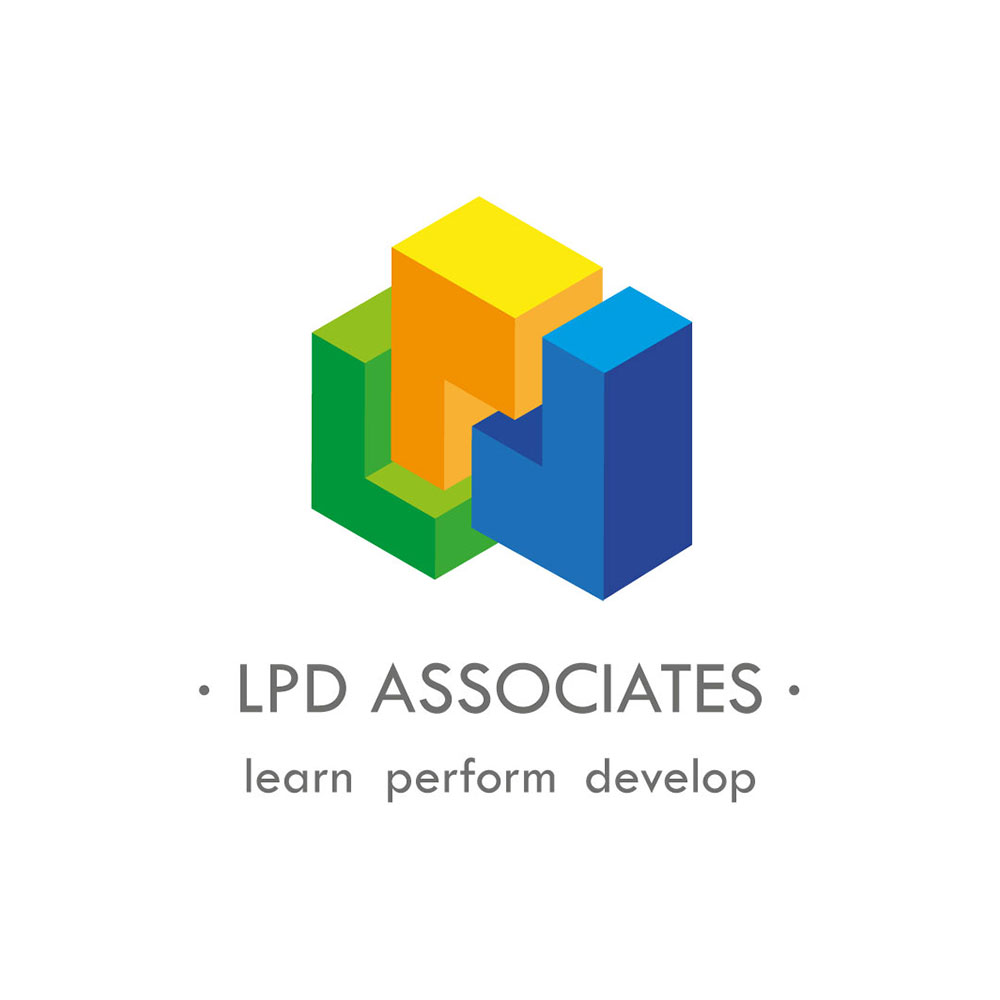 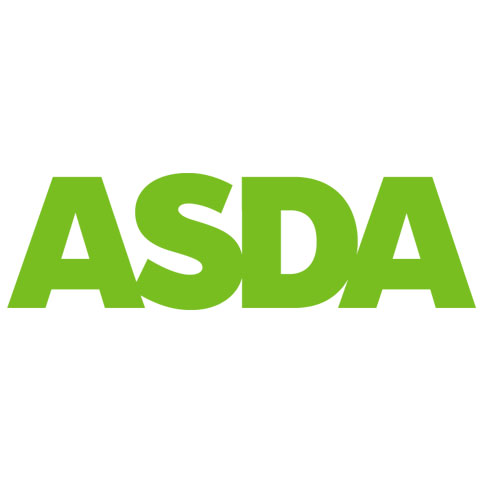 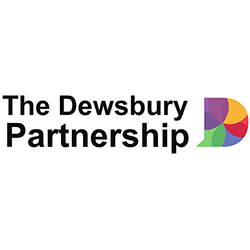 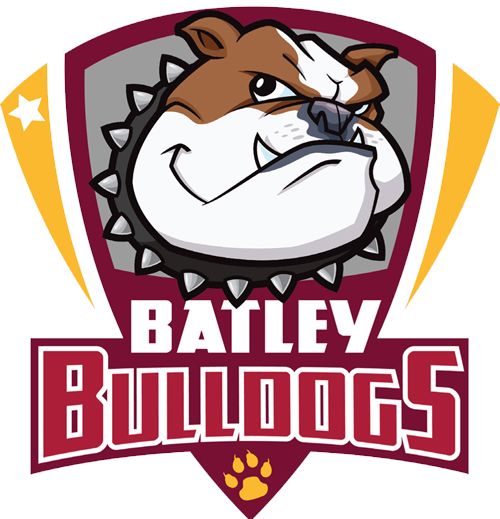 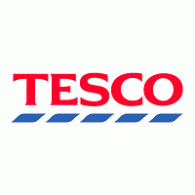 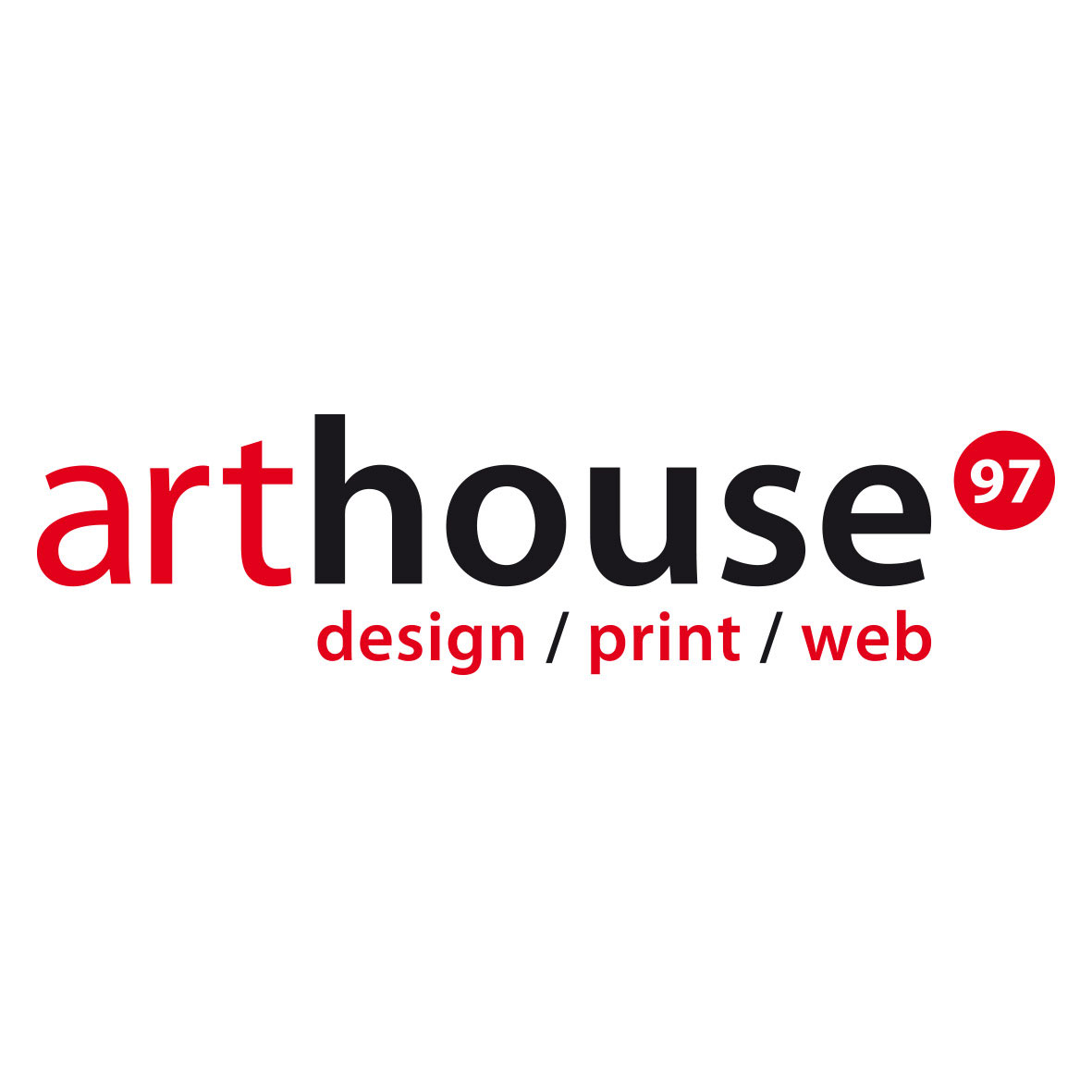 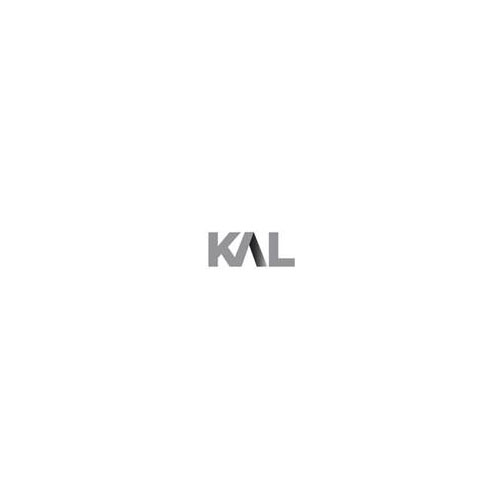 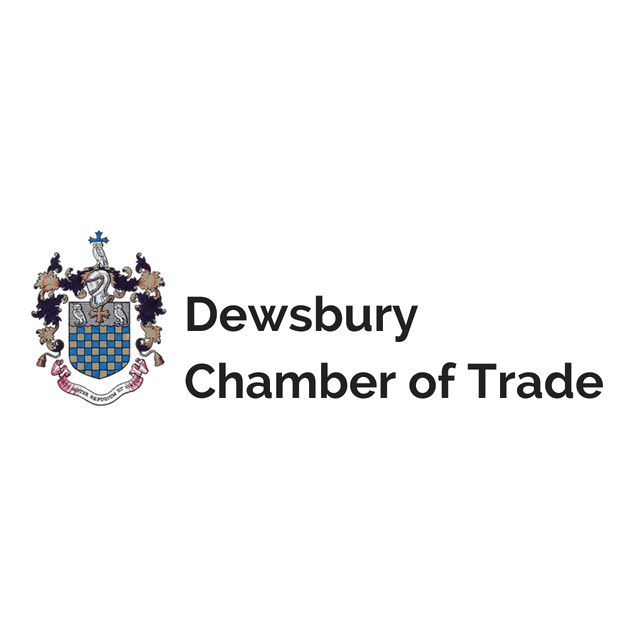 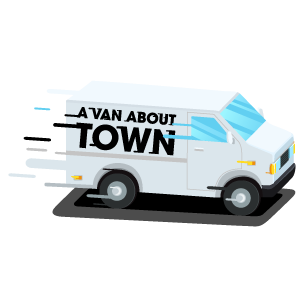